1. Earth is not flat, but it’s not perfectly round either

Since this difference is too small to be seen in photographs of Earth taken from space, the planet looks round to the naked eye. According to NASA’s Jet Propulsion Laboratory, melting glaciers are causing the Earth’s waistline to expand.

2. The days are getting longer

The length of the Earth’s day is growing longer. Earth’s day would have been about six hours long when it was created 4.6 billion years ago. This had risen to 21.9 hours by 620 million years ago. The average day today is 24 hours long, but it is growing by 1.7 milliseconds per century. What is the explanation for this? Via the tides it helps to produce, the moon slows Earth’s rotation..

Because of Earth’s rotation, the direction of its tidal ocean bulges is pushed slightly ahead of the moon-Earth axis, causing a twisting force that slows Earth’s rotation. As a result, our days are growing longer — but not long enough to affect your hectic schedule.

Over millions of years, Earth’s continents have had an on-again, off-again relationship. The great tectonic plates that Earth’s land masses float on collided 800 million years ago, assembling the continents into a massive supercontinent known as Rodinia.

It was focused on what is now North America. The Appalachian Mountains in North America and the Ural Mountains in Russia and Kazakhstan were formed when Rodinia split up into several pieces that re-collided 250-500 million years ago.

Around 250 million years ago, the continents merged once more to form Pangaea, a supercontinent surrounded by a single, global ocean. Pangaea started to disintegrate fifty million years later. It was divided into two huge landmasses, Gondwanaland and Laurasia, which eventually separated into the continents we know today.

About 600-800 million years ago, Earth experienced many ice ages, which were times of drastic climate change. The atmosphere became so cold that some scientists assume Earth froze many times, leading to the “snowball Earth” theory.

Earth may have been covered in glacial ice from pole to pole during four such cycles of alternate freezing and thawing, caused by decreases in greenhouse gases such as methane and carbon dioxide.

The planet’s surface temperature would have been about -50 degrees Celsius (-74 degrees Fahrenheit), with the equator similar to Antarctica today, since much of the sun’s energy would have been reflected back into space by ice. We weren’t around to feel the chill if snowball Earth happened — an argument that is fiercely debated — because only microscopic and basic species existed at the time.

5. The driest place on Earth

The Atacama Desert in northern Chile, ironically, is located next to the world’s The largestdy of water, the Pacific Ocean. Arica, Chile receives just 0.8 millimeters of rain on average per a year (0.03 inches). Calama city in Atacama, Chile, is thought to has gone 400 years without rain until a sudden storm in 1972.

Unlike other deserts, the Atacama is comparatively cold, and it lacks cyanobacteria — green photosynthetic microorganisms that live in rocks or under stones — in its most arid areas. NASA astrobiologists travel to the Atacama Desert in search of microorganisms that can survive in such a harsh climate, in the hopes of learning more about how life could exist on other planets. 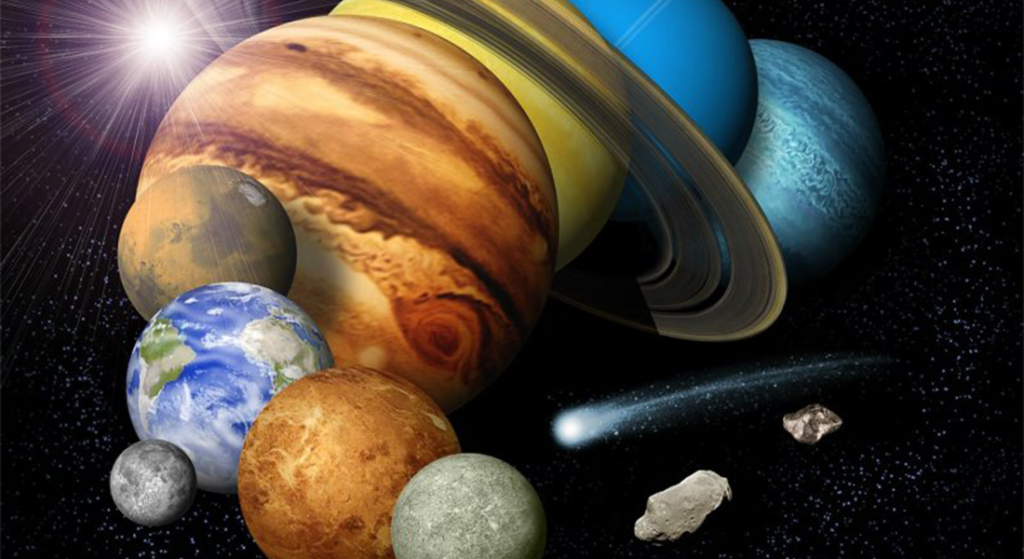 The gravitational field of Earth would be the same anywhere if it were a perfect sphere. However, the planet’s atmosphere is bumpy, and water flow, ice drift, and tectonic plate movement underneath Earth’s crust all alter gravity’s pull. Gravity anomalies are the term for these variations.

A mountain range, such as the Himalayas, creates a positive gravity anomaly, in which gravity is stronger than on a featureless, perfectly smooth earth.

Negative gravity variations are caused by the emergence of ocean trenches or land dips caused by glaciers millennia ago. GRACE (Gravity Recovery and Climate Experiment) is a NASA mission orbiting above us that is mapping the gravitational field of the Earth in unparalleled detail.

7. In the past, sea levels were very different

The most recent ice advance on Earth started approximately 70,000 years ago, ended 11,500 years ago, and reached its maximum extent 18,000 years ago. Glaciers and sheets of ice carved out the basins of the Great Lakes and blocked rivers, diverting the Mississippi and other rivers in the United States during this period.

Sea levels fall by as much as 120 meters (390 feet) as a result of too much water being frozen as ice, exposing parts of what is now the ocean floor. The Earth’s sea level has already been up to 70 meters (230 feet) higher. The sea was actually 5 to 7 meters (16 to 23 feet) higher than it is today during the last interglacial phase.

8. Our sun has a voracious appetite

All stars, like our planet, grow old and die. If the sun’s hydrogen supply runs out, it will collapse under gravity, eventually exploding into a red giant 100 times bigger and 2,000 times brighter than the sun, vaporizing Earth in the process. But don’t fret; it won’t happen for another five billion years or so.

One solution is to leave the earth before this occurs, but this would necessitate previously unimagined technologies as well as a habitable location. Another possibility is that a moving star will disrupt Earth’s orbit and knock it away from the sun over the next few billion years.

According to scientists, the chances of this happening are one in 100,000, which is better than winning the lottery. Unfortunately, without the light, our descendants will most likely perish from frostbite.

9. The moon is not Earth’s only companion

There are two other bodies orbiting close to Earth that are often referred to as asteroids, despite the fact that they are not technically moons. 3753 Cruithne is an asteroid that orbits the sun and was discovered in 1986. Cruithne seems to be following Earth because it takes the same period of time to orbit the sun as we do.

As earth orbits The sun, its orbit appears to be in the form of a bean. Asteroid 2002 AA29 orbits the sun once a year as well, but on a more unusual horseshoe-shaped path that brings it close to Earth every 95 years (within around 5.9 million kilometers or 3.7 million miles). Scientists have proposed collecting samples from AA29 and returning them to Earth because of its proximity to us.

10. The calm before the storm

The calm before the storm isn’t only a myth: under the right conditions, it really does happen. A low-pressure area is formed when a storm draws humid, moist air — its power — from the surrounding atmosphere. Air is carried up into the storm cloud, and strong drafts push some of it upwards.

The hot air is removed by these updrafts, which force it out over the sides of the highest storm clouds, which can reach 16 kilometers (10 miles) in height.

The air becomes warmer and drier as it descends, making it more stable. It covers the area below and stabilizes the climate, giving the impression of a calm before the storm to those who live there.